I didn’t think I was going to have a book to write something about this week but I was further along than I thought. I was thinking there would be no post because I haven’t gotten around to taking some pictures of my recording setup.

Well, here I am with another book review. This time I read a business book, People Powered by Jono Bacon which was a very good business book.

It’s going to look like I only like the business books I read even though I’ve said multiple times I don’t like some of them. I just so happened to read two very good business-focused books in a row.

People Powered is a good business book that’s focused on building successful communities. This is very powerful because it’s a great way to build a marketing channel (no, not one you actively sell to) that is active and that you can add value to. The problem is that’s it not easy.

Facebook Groups are the big rage in some communities and I belong to several business groups on Facebook. They aren’t that easy to build, though. This book puts a little more strategy into the process, though. It doesn’t focus on technology because as the author says the technology will have changed completely and then the book would become irrelevant.

Facebook Groups are all the rage today but tomorrow they’ll likely be dead. If Facebook changes one thing then everyone will run away from them just as they’ve currently run to them.

I digress. Back to the book.

What I liked about People Powered

Communities are a great way to build a trusting and loyal group who can accomplish many things. From online communities to career communities (us L&D/eLearning folk are a tight-knit group) they are a great growth path for many organizations and businesses alike.

The book explores “different elements of making communities that tick” which is a quote from the book that I liked. I can’t name how many products I use for WordPress that have great communities behind them.

Here’s a quote from People Powered that is extremely relevant to communities and how they definitely can help. It also shows how the communities I belong to work in the WordPress world.

Community members will often provide on-tap help and support where prospective and existing customers can ask questions and get help.

Like I said earlier, building a community isn’t easy. I can’t say how many times I’ve tried and failed. Mr. Bacon definitely acknowledges that it ain’t all roses (yes there’s a section titled something like that).

People Powered covers a lot of different elements of building a community from the top to the bottom. There is planning involved, many steps, many people involved, and more. The book goes over all of this.

Even for someone who has built a successful community, this book is an essential read. Just because you’ve done it once doesn’t mean you fully understand the strategy behind it. I’ve gotten lucky on some things too but it doesn’t make me an expert.

I’d even go as far as agreeing with Mr. Bacon in saying that the book should be read twice if you’re building a community. It’s one of the few business books I’d recommend reading twice. Once will acquaint you with the concepts and stages while the second time will allow you to really understand the community-building process.

The most important step when starting to build your community

I had to point this one out because the book does a good job breaking it down. My problem is always technology. I want to play with technology before I do anything and I want it to be amazing.

Mr. Bacon corrects my first urge. Don’t go overboard on building infrastructure. Here’s a quote that I think is essential to every community:

Provide just enough infrastructure and workflow to allow your members to generate value. Where possible, pick single solutions: one social network, one forum, one collaboration tool. Generate value, and then expand from there.

That piece of the book right there has infinite wisdom for almost anything done in business. Not too much too fast. Only take on what you can properly manage.

Put it in writing

Another important thing that the book covers is the importance of putting some things in writing. I tend to like to go all out just doing it. Nothing goes in writing and I get caught up in the technology and the fun parts that I like.

Putting some things in writing is essential and one thing I learned in this book. There are also some great resources in the book for helping you put important parts of the community building process in writing.

For one, the Community Value Statement. What’s in it for others and what are you trying to do with the community? If that’s not answered then the community will eventually stall and people will lose interest. I’ve lost interest in many communities because they didn’t seem to have any end goal or purpose.

This one is easy to answer and laid out clearly in the book. Not only that but I know communities are essential learning tools. I even blogged about why the old methods don’t work for training but communities do.

What did I blog about? Command and Control in the organization of which communities are the antithesis of if done right. Yes, they can still be under command and control structures but for the most part, they are much more open than traditional structures.

Here’s a nice quote from the book about that:

Companies historically were command-and-control environments; the people at the top handed down decisions to the worker bees who followed them dutifully.

The book was full of great information and pieces that I noted. There are pieces that help you onboard (the Community On-Ramp Model) new community members, keep members going, rewarding members, and more.

The first seven chapters are packed with words of wisdom. After that the book goes a bit more into live events (conferences and such for communities) which loses me a bit. I’m sure for those interested in live communities and large events there’s also a lot of gold in the book.

I’ll just leave one last quote from the book as it really was a great quote and speaks for all things in life:

Not delivering is not OK. Reevaluating goals, paring down work, and otherwise adjusting based on the realities of running a business and community is fine, but rolling out excuse after excuse for not hitting the target is not.

There’s almost nothing I didn’t like about this book. Not all parts of it were relevant or interesting to me but that was a minority. Only chapters eight and nine lost me a bit but that’s to be expected.

A lot of ground was covered in People Powered so it’s no wonder some things lost me a bit. Given that, I recommend reading People Powered by Jono Bacon and if you’re ever putting tougher a community of any type, keep it as your manual and read it more than once.

I already started my next book. I read the sample yesterday (just after finishing People Powered) and decide to purchase it while it was still on sale. As I said previously about my reading style, I like to only read stuff on sale. It’s the only way I can afford to read!

The next one I’m reading is The Last Train to Key West by Chanel Cleeton.

I started reading the sample today and wasn’t captured right away. It was okay but not excellent at first. I kept reading, though, until I completed my hour goal and I’m glad I did. The book got pretty interesting and I think it’s going to be pretty good.

I hope they don’t get stuck wherever they are, though, and get to take the last train to Key West! Oh wait, that’s not actually what happens in the book. I guess you’ll have to wait until my next review which given the length of the book will likely be in another week. Hopefully, I’m able to post something else between then and now, though, so my blog doesn’t become just book reviews! 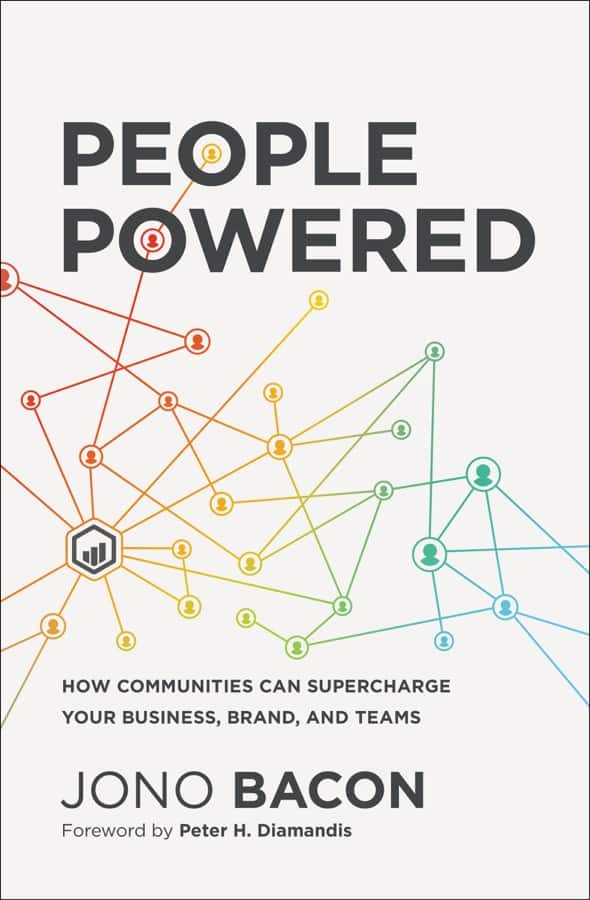